Polarity or Duality is a key aspect of our world and it is the key that is necessary to provide the possibility for DLE. Our culture is reinforcing our natural human tendency to do everything to get out of the force-field that is always created by two opposites and in that way unknowingly creates the need from more sickness and disaster then necessary.

Usually it is that which is uncomfortable, unaccustomed, frightening that is been attempted to be avoided by a variety of means. Very often by establishing a life-style that makes it less likely that one would have to encounter of one of these uncomfortable, unaccustomed, frightening aspects or by making insurances that would cover any such event.

In this time of individualism the media cater to the various different strategies to deal with the unwanted and feared by providing information on how to avoid them – which always finds a receptive audience.

For example in respect to the events in Japan there are those more conservative channels that discuss all further safety improvements that will avoid such kind of events in the future. And there are those channels that discuss who is guilty for what happened, the eco-programs that show how you can avoid causing the need for atomic reactors by reducing your energy consumption and installing solar panels.

Then there is the activist-channels that tell you how you can become part of an uprising that will not allow those money-makers to endanger your life any further and lets not forget the health-oriented individuals and have a special channel for them to inform which fish not to eat and where it is still save to buy some. And of course there are programs for those who want to get an intellectual approach to the situation and find our what were the philosophical reasons why all this could happen.

And the new age community is seeing this only as a last negative uproar of an old millennium that will be replaced on the 20th 12 (Dec) of 2012 (even the number-combination is so auspicious) by the new times that the Maya already recorded thousands of years ago – and nothing really bad has happened as we are all meant to be part of this global shift of human consciousness that will herald a new age that is finally puts an end to human greed, wars between nations, or national boundaries, poverty, stock-market fluctuations, need for private property and need to defend it, killing of animals, abuse of natural resources, pollution of environment. In this new age that the Maya have predicted every water crystal will only be beautiful as it is surrounded only by beautiful and loving people. All this will come because the human species has become ready to apply the Law of Attraction collectively which will make the universe to have no other choice but to provide them with what they want and deserve.

In the minds of most people on the planet, this is the universal greed of contemporary religion. Except some backward religious fanatics that hold that there are evil forces that will never stop and that are necessary for our human spiritual evolution.

Kiran is one of these naïve, ignorant believers who thinks he does not even need to have a TV or follow the daily news development to know that it is again one of the manifestations of  dark forces that will luckily always be around.

In fact I had to learn that we do not develop despite of difficulty and opposition but “BECAUSE OF ADVERSERY”. I know that the usual response of blame and explain is just as much a subtle way to steal yourself out of the discomfort of being between the poles – as feeding a believe that “nothing bad will really happen” or by seeing every 10 minutes pictures of the destruction and horror which as a strategy to dull the senses in order not to feel any pain.

The church has always taught the existence of dark or evil forces – however sometimes abused to keep people in a state of fear. I understand that the true human potential lies in the fact not only to know “good and evil” but also being able to experience “good and evil” and that every attempt to dull our experience of one side will not bring us back to paradise but will re-enforce the need for more wake-up shocks.

CoRe 6 contains a part that addresses this central key to our evolution and points out client-specifically what we can do to integrate aspects of darkness that we desperately try to exclude. This being part of the communication process it will support the process. 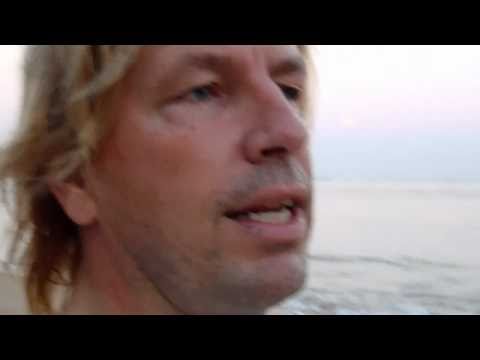