The Pseudo-Religion and Pseudo-Theories that so many Pseudo-scientists and Quantum-doctors concoct from some questionable experiments – made almost a hundred years ago – is very similar to what made Darwin and his sick theories so immortal.

About 150 years ago Darwin came up with the idea that plants, animals and eventually humans are  have developed by random mutation and then survival of the fittest.

For anyone who looks a little closer at nature this obviously is contradicted by thousands of examples that show traits in animals and plants that are certainly of no selection advantage but on the contrary are of a clear disadvantage from a pure “survival of the fittest” point of view. Darwin himself is recorded to having said ““The sight of a feather in a peacock’s tail, whenever I gaze at it, makes me sick!”, because it contradicted his theories so obviously.

He even went on to prove that MEN are very advanced over Women because just like in peacocks they had to fight with competing males and thus only the most fitting, the most attractive and intelligent survived – whereas women did not have to go through this rough selective process and are therefore evolutionarily several steps lower than men – as it does not matter how stupid or ugly they are they will always find a male for procreation.

How is it possible that such a sick man and his theories are still being preached at universities??? Simply because our culture is so desperately trying to get GOD out of the picture – to establish a science that can prove that our world can neatly be explained without this outdate God-concept. And then and today for most – Darwin has shown “We do not need a God to explain why and how plant and animals are the way they are”.

When you are under water you see millions of creatures that obviously contradict this concept and in Brazil you see animals like the Toucan that almost cannot fligh anymore because of its over-proportional beak that is not even good for eating or the Macaw that has a tail that makes him prefer to walk like a chicken rather than to fly (see my videos here).  Or is Darwin right and the Macaw has stopped developing only because the male is no longer more attractive then the female as both male and female look the same – and will humanity cease to develop when all woman are equal with men ? 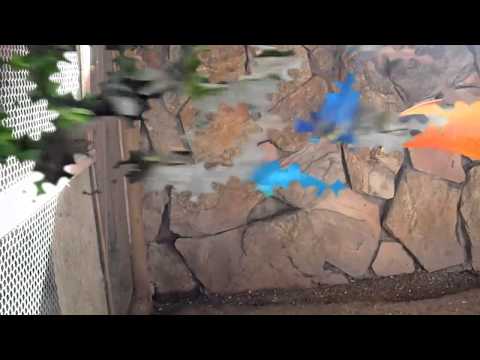 Quantum-theory has also kept its place in the top-charts of simple peoples minds who hope/ believe that it is another proof that hard science shows that the concept of God is unnecessary to understand our world.

Stories about the effect that is millions of times repeated like a mantra is the “Quantum-entanglement” a best seller like this http://www.amazon.com/God-Effect-Entanglement-Strangest-Phenomenon/product-reviews/031255530X

Calls it even the “God-effect” — WHY because it gives an apparent, hard science proof and consolation for our human deepest need of “being connected”.

An experiment done first 80 years ago with 2 photons – that once they have been together, one will show what is done to its brother even when separated by light-years.

Quantum priests and doctors use this to show “Scientifically” that “WE ARE ALL CONNECTED” and find a warm welcome particularly in the NEW-AGE community. We are so desperate to get our simplest human understanding approved by hard-science that we do not ask second questions or have a closer look at the people who try so hard to appear as QUANTUM-Experts. They even create concepts like Quantum-activism, Quantum-food, Quantum-pendants, Quantum-Life-style, Quantum-medicine, Quantum-Salvation.

Again – as with Darwin – the world is more sure that, we do not need a GOD to come out our feeling of insecurity, loneliness, pain – just believe in hard science “Quantum-entaglement” and you see that “YOU ARE NOT ALONE” and the world is simple and follows all rules of science

Sorry to disturb (Quantum dogmatists please don’t read any further – or comment below)  Why are all the Mr. K’s in Ukraine (over 5000 reads – not one comment)  and Russia (over 30 000 reads – one advertisement)  that sell their nonlinear devices backed by all hard Quantum-science not posting one comment?  According to the latest news Dr. K. is now telling his audience that John of God is only so successful because his remedies are prepared with his machine – and people in his audience don’t run away!

This one Entanglement-experiment is very little challenged and is as useless like Darwin’s theory of the “Evolution of the species” and the “Superiority of Men” but both live on and on and on.

The Entanglement experiment is almost 100 years old and is still traded as the latest scientific discovery despite the fact that nobody was able to make it part of any technology, despite so many firm believers who tried to.

One of the latest such attempts was Global Sailing who propagated that they were able to make a cell phone submerged in an Aquarium ring based on a Quantum-entanglement effect. Although this was years ago – we still carry cell-phones that are sometimes “out of reach” and worst of all even do not ring – when outside the Aquarium.

If the entanglement was really such a hard fact as all Quantum-disciples would wish for – non-local communication would be very easy. I developed and patented the first real-time-ellipsometer that allows to measure the ellipticity of light to fractions of a degree already when I was in high-school almost 30 years ago .  So lets imagine entanglement was really a fact and you would have two entangled photons separated by any distance you could easily set up a means to modulate the state of one phone and measure this changes at the other photon without carrier and time-delay  (best you could then phone without any expensive roaming charges no matter how far you are apart – finally you could be on the phone all the time – without being afraid of the cost)

But just like Darwin’s nonsense — Quantum-Quackery will not die because people need a God-replacement theory that is acceptable by the cultural paradigm.

The Entanglement experiment is just one tiny aspect of Quantum-theory and actually a very questionable one, totally over-emphasized by so many want-to-be-experts. What is and what was so new about Quantum-mechanics, which is the unrecognized essence of this theory – is the understanding that wherever there are many objects, like in the realm of microscopic particles or the weather or human cultures or everywhere in real life it is not possible to create formulas that would be able to predict every aspect to any degree of precision as this was possible in the simple Newtonian 2 body world.

Quantum-theory made the radical step to say that it is only possible to make statistical predictions of  situations that involve many bodies. Einstein who, unknown to many, was a deeply Newtonian mind  said “Quantum mechanics is certainly imposing. But an inner voice tells me that it is not yet the real thing. The theory says a lot, but does not really bring us any closer to the secret of the “old one.” I, at any rate, am convinced that He does not throw dice.” – for him the “SECRET OF THE OLD ONE” was a formula that his left brain was searching for until his death

In other words he thought until his end that once we understand all parts of the puzzle we can make a theory that can calculate the destiny for any part of the universe to any degree of precision – just like a clock-work. Sorry for him.

But in fact quantum-mechanics was a radical step that accepted two opposite ways of seeing the world from one system. The eastern world view that says everything is predestined and the western view that the future is what you make of it.

In Statistics and Quantum-mechanics is just a special form, the fate of  large collections of objects, including humans is perfectly predictable. Most people still do not realize that it is totally unnecessary to have everyone vote for example – by simply having a few 1000 people vote, that represent a good statistical cross-section the result will be the same. Equally it is given how many people die next year in a BMW and how many in a Mercedes Benz (Insurance companies rarely make a loss – as they use statistics to predict the future)

But Statistics and likewise Quantum-mechanics has no way to make a prediction about an individual about his actual fate. Einstein as clever has he was, did not like this fact, whereas it is the best aspect of Quantum-theory.  In fact it is the only “hard science” proof that the individual has a possibility to becoming unpredictable to the degree that he/she is able to DISENTANGLE himself from the cultural surround that favors certainty/ protocols/ formulas/ security.

I am very often asked if we cannot use CoRe to positively influence, for example the floods in Australia, the EarthQuake in Japan or the HIV spread in Africa. And here I have to say “Sorry this is not possible” because CoRe system works with statistical methods and actually the world as we experience it is working on statistical principles which means the fate of the masses is predestined and unchangeable BUT the fate of the individual is free and can be altered to the degree that he can disengage from the pull of the masses (for example by not having a cell phone and not watching TV) 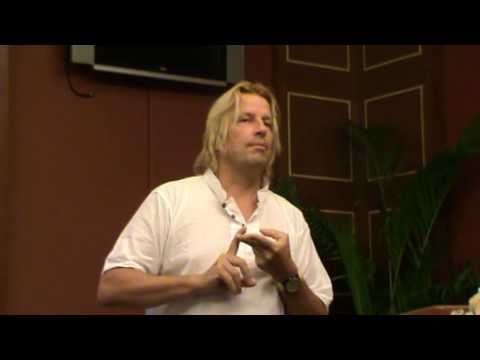 One thought on “Quantum – Pseudo-Religion”