All religions and spiritual path propose at their core one or another ideal state to be reached.

In Christianity it might be a state of selfless love for fellow beings, in Buddhism it is a state of NON-attachment. Even in system that hold that all mental concepts should not be trusted, like Adveita, a mental concept of NON-Duality serves as the highest goal to be persued.

I grew-up in the tradition of Gurdjieff’s Fourth Way that holds that the highest goal is to “BE PRESENT”, so for many years I tried dedicatedly to be present, to not be in imagination, to BE, to be outside time, not to react as a stimulus response mechanism….

At times I had higher states of being, states of inner freedom that more and more led to the believe that I was archiving, while at other times I felt with great desperation I had lost my aim and had not remembered it for hours or even days.

I think this is the usual state of affairs of every spiritual seeker that is honestly trying to gage the level of success of his practice. He ends up either feeling completely failing the goals or believing that he has achieved them. Both are illusions that make further evolution very difficult. This dilemma is shown to be a natural aspect of spiritual work when Jesus in the last moments on the cross say saying: “ My God, My God, why have you forsaken me?” Matthew 27:46

The problem for our thinking is that we envision/hope-for/believe that it will eventually be possible to achieve/posses/master the spiritual goal permanently. This idea leads to either a feeling of achievement and vanity or to a sense of failure that can turn into “self-deprecation”.

I am realizing every day more practically that there is a third approach to this polarity that is creating a state of contentment that is beyond that of success or failure. Instead of aiming to “achieve/posses/master” replace it by a feeling of ARRIVING.

It is a one little victory at a time connected with the understanding that final/perfect/complete achievement is not only impossible but not even desirable.

This is my key concept of the “Dynamic Labile Equilibrium DLE” yet in another arena. Instead of attempting to achieve one polarity forever which is dogma and death, the DLE is the highest ideal, a state in which I am making a balancing act between the poles by an endless succession of little efforts. This is the essence of life and will allow for the maximum health and transformation.

We all have many incessant pointers for this state built in every minute of our life, one is the moment after the exhalation and before the next inhalation. With each inhalation we move outward, expand open-up and with every exhalation we turn inward and contract. But it is this moment that follows the exhalation that we can realize as a moment of arrival while the inhalation is a necessary process of leaving this state of timelessness until only seconds later we can come back to it – to the degree that we accept it as a living process that cannot be possessed. If this happens many times in a day ones inner world is charged with great contentment, the feeling of blessing and potential.

To make this experience more easy to learn I have created a software that teaches this 3 fold rhythm of breath by connecting it with a feedback of sound, electric, magnetic and light pulses. 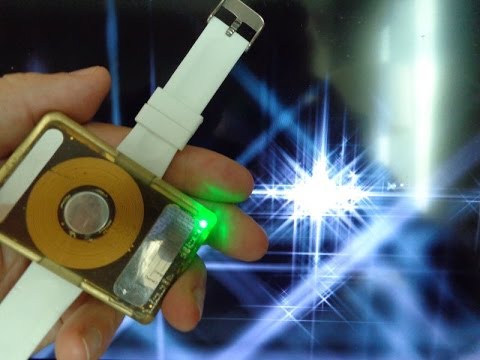 One thought on “Increasing your frequency of spiritual Arrival”