The Jesuit Order was destined to come into existence at the time of reformation when a new cycle of civilisation was on the horizon.

The Jesuits were founded by Ignatius the Loyola who himself barely able to read and write at the time of his conversion got the mission to bring mind and emotion, learning and prayer, science and religion together for those who became his followers.

Many institutes of learning were founded and staffed by Jesuits all over the world – all founded on the principle that teaching and knowledge should never be the lone and main focus of life, but  a means towards a closer connection to God.

The 16th century was also the time when new continents were discovered and populated while the Jesuits were among the first to take-on this challenge with unimaginable courage and determination. Unbeknownst possibly even to them this was not about converting and educating indians  but yet another way to built a stronger connection to God for those who very chosen to venture into this new way of life.

For example the Jesuits Nobrega and Anchieta, went out to Brazil and founded single handedly in 1554 Sao Paulo a city that has over 20 million inhabitants today and the only city on a Catholic foundation in the top 10 largest cities of the world. http://en.wikipedia.org/wiki/Francis_Xavier">Francisco Xavier went to India, to Japan and China on one of the first ships going there.

For me this connection between religion and science has been the most successful of all ways deployed to make a deeper connection to God and the Spiritual Exercises of Ignatius the Loyola that made these amazing feasts of courage and dedication possible are to me the first example of Informational science that is encoded in the CoRe Health Navigator software and is based on  what I call intelectual DLE http://www.hospitaller-soulspirithealing.org/intellectual-know-thyself-to-know/ 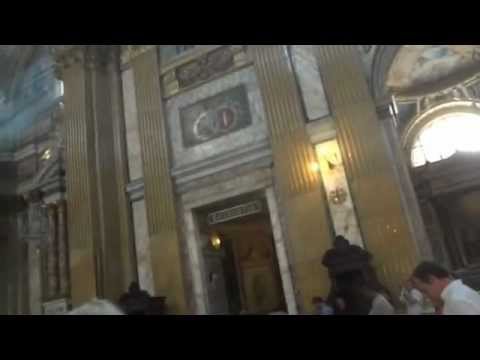